Being and Beauty: The philosophy of Japanese Aesthetics

Not something apart from everyday life but intrinsic to it, beauty in Japanese thought does not entail perfection but the surprise of imperfect and transient being. 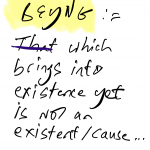 Being in the world: Heidegger's philosophy

“The being of ‘being’ is itself not a being”. Questioning the meaning of ‘Being’ lies at the root of Heidegger’s critique of the ‘crisis’ of Western culture that his philosophy sought to overcome. 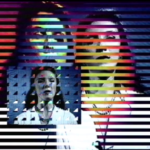 The idea that humanity will supersede itself through reflexive action involving a series of involutionary changes, entails the question whether humanity — taken as one — becomes two, three or four, and more, instantiated in a series of organism|machine types.

Impermanence is the root of human suffering. Over hundreds of years a highly developed philosophy grew from this simple idea. However, one does not need to adopt a religious outlook, or quest for salvation, to benefit from the conceptual resources of Buddhist philosophy.

Chinese Buddhist Philosophy in a Nutshell

“Every blade of grass, tree, pebble, and particle of dust is perfectly endowed with buddha nature … ” — Zhanran   “If you meet the Buddha, kill the Buddha … ” — Linji

An overview of some of the major schools of Chinese philosophy with their key associated thinkers with an emphasis on core concepts: Confucius, Mencius, Xunzi, Mozi, Laozi, Zhuangzi, Xuan Xue, Zhu Xi, Wang Yangming and Mao Zedong. 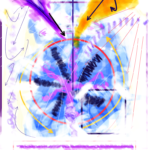 Heraclitus and the Philosophy of Change

“The world, the same for all, neither any god nor any man made; but it was always and is and will be, fire ever-living, kindling in measures and being extinguished in measures …” — Heraclitus 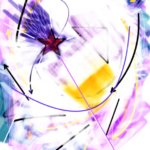 Kierkegaard and The Possibility of God

God forms an almost absent background to Kierkegaard’s philosophy. Does he – or any of us – need God in order to have faith? 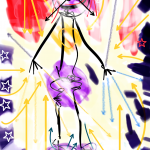 “Psychic life is accessible to us not only through self-experience but also through experience of others.” — Edmund Husserl (1927, Encyclopedia Britannica: Phenomenology) 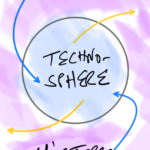 The historical world forms the cultural background in and through which we live. It shapes our experience and expectations of reality. What is the phenomenology of our contemporary era? 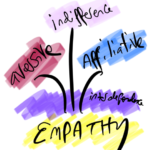 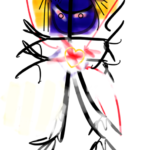 The phenomenology of embodiment begins with bodily experience, language and activity in the world. In what ways does phenomenology illuminate bodily being as sexed and non-sexed? 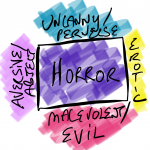 Philosophy of the Sublime: Horror

The sublime – dreadful, ecstatic, terrifying, awesome, uncanny, perverse – names the uncommon in human experience. The dark sublime of horror reveals our mortality and those dangerous transformations of self that lead us into an unsettling beyond. 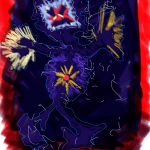 Philosophy of the Sublime: Magic & Imagination

The philosophical sublime refers to those terrifying and delightful realities that exist beyond the common everyday, it is these that the magician seeks to experience and use to achieve a cosmic elevation of the self. 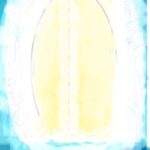 Plotinus and the One

Religion and nothingness: the Kyoto School

Thinking of God as ‘Absolute’ and as ‘Nothing’ is key to the inter-faith dialogue of Zen Buddhism and Christian theology promoted by Kyoto School thinkers Nishida and Nishitani. In what sense is God ‘Nothing’? 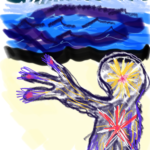 The oneness of time and being: the Zen philosophy of Eihei Dogen 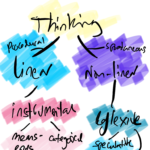 The philosophy of Hannah Arendt: where are we when we think?

“ … the thinking activity belongs among those energeiai [activities] which, like flute-playing, have their ends within themselves and leave no tangible outside end product in the world we inhabit.”